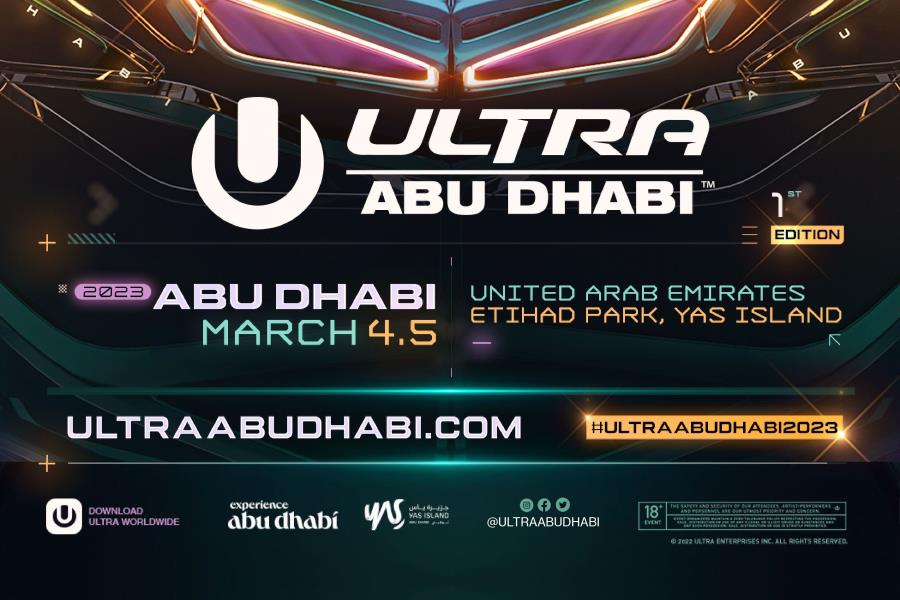 Ever since the announcement that ULTRA Worldwide would be headed to the Middle East for the very first time, anticipation has reached fever pitch as to which artists would be coming to the region. Now, the wait is finally over as the festival’s stellar Phase One lineup has been revealed.

Multi-award winning and platinum-record selling artist Afrojack is no stranger to the ULTRA main stage and will be on hand to deliver yet another high-octane set. The figurehead for modern dance music, dance-pop phenomenon Calvin Harris will bring his record-breaking sounds to the main stage for what promises to be an unforgettable show.

US electronic crossover artist ILLENIUM is set to deliver one of the epic live shows that he has become renowned for. Next up, Aussie sister duo and global sensations NERVO will be taking to the decks for a mind-blowing performance. International heavyweight NGHTMRE will pound the park with one of the pulsating performances he has become renowned for. One of the most decorated electronic music stars, Skrillex has fast become a household name and he will be making the ULTRA main stage his home this March as he prepares to unleash a mammoth set, featuring a wealth of new music to his UAE fans.

ULTRA Abu Dhabi will also play host to ULTRA’s award-winning, underground techno and house concept RESISTANCE. Heading up the RESISTANCE stage will be none other than Drumcode founder and Swedish techno titan Adam Beyer. Pioneering producer and EXHALE label boss, Amelie Lens will return to the Middle East to deliver her mesmerising blend of techno to fans with British legends Sasha & John Digweed also on hand to deliver another of their revered sets, ensuring the two-day festival boasts the finest in underground music.

ULTRA sets the benchmark when it comes to delivering the ultimate festival experience, combining top-tier talent, cutting-edge technology and large-scale productions. The most international music festival brand, boasting active events on all six inhabited continents, it’s no surprise its expansion into the Middle East is to be one of the most highly-anticipated events across the UAE this year.