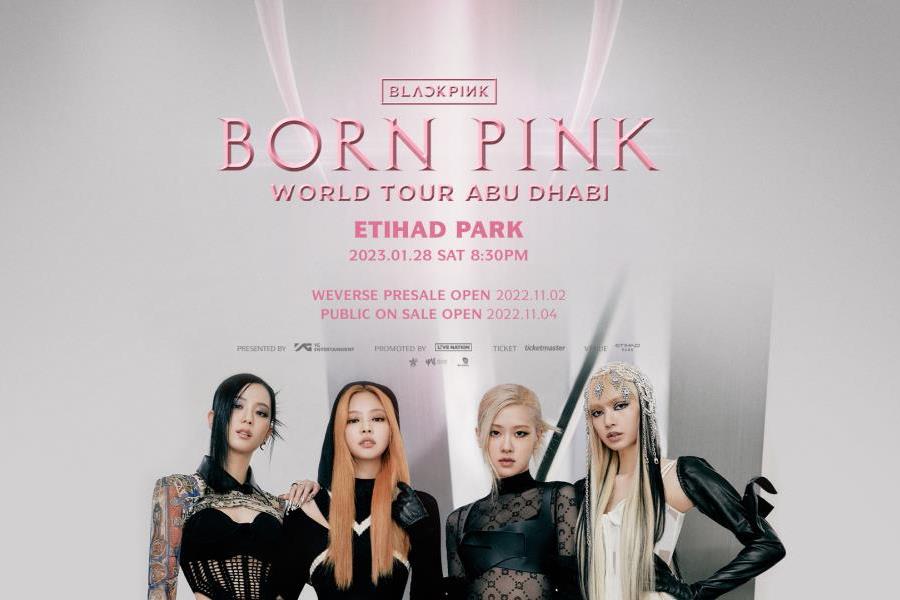 Get excited, K-Pop fans! The ever-popular girl group Blackpink are bringing their world tour to the Middle East next year, and you’ll be able to see them live in Abu Dhabi.

Since first bursting onto the scene in 2016, BLACKPINK have redefined the possibilities of K-pop, transcending all categorization and ascending to global stardom. With their unstoppably catchy single 'Ddu-Du Ddu-Du', the South Korean quartet shattered the record for highest-charting Billboard Hot 100 debut by an all-female K-pop act, while its head-turning video surpassed 10 million views in just six hours and amassed 36.2 million views in one day.

As they continue to shake up the pop landscape, BLACKPINK are now set to deliver their first-ever U.S. performance: a much-buzzed-about appearance as one of the top-billed acts at this year's Coachella, making them the first K-pop girl group ever to grace the stage at the country's premier music festival.

With their eclectic backgrounds, Rosé was born in New Zealand and raised in Australia, Jennie was raised in New Zealand and Korea, Lisa grew up in Thailand, and Jisoo is a Seoul native, BLACKPINK proves to be a uniquely multicultural and multilingual force within the K-pop world.