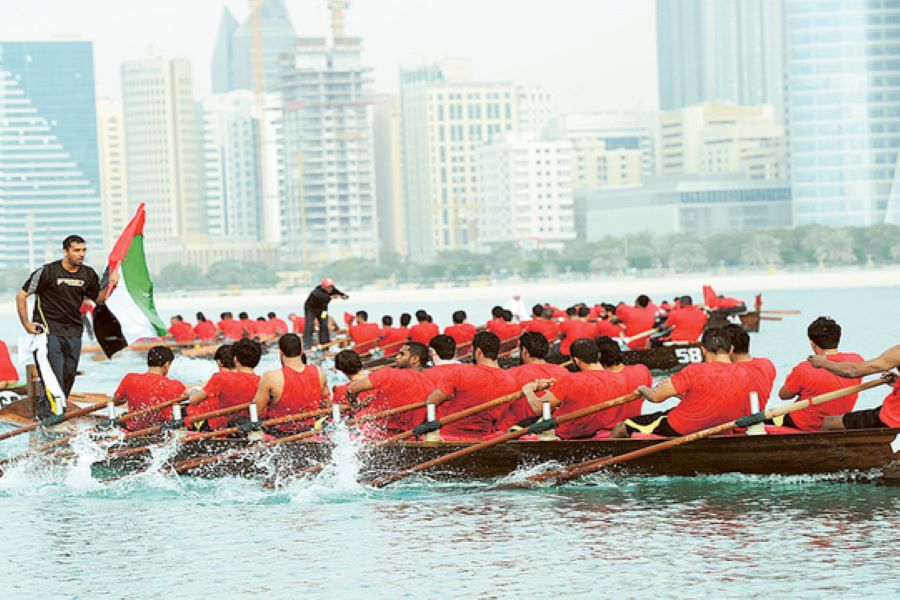 The National Day Traditional Rowing Race (40 foot category), is considered among the main events that the Emirates Heritage Club has been organizing regularly since its establishment.

These races represent a culture that the United Arab Emirates excelled in and contributed to its dissemination in several countries. Moreover, the large scale participation of young sailors in the annual race is a clear indication of the Club's success in attracting youth interest in the Emirati heritage.

The Emirates Heritage Club was established by Sheikh Zayed Bin Sultan Al Nahyan in 1993. As a reputed and established organization, the Club has taken keen measures for the growth and development of the young generation. They provide the right atmosphere and facilities to educate the youth and make them aware of the outstanding Emirate culture and tradition. For that the club organizing several cultural programs, research and study works and traditional activities.