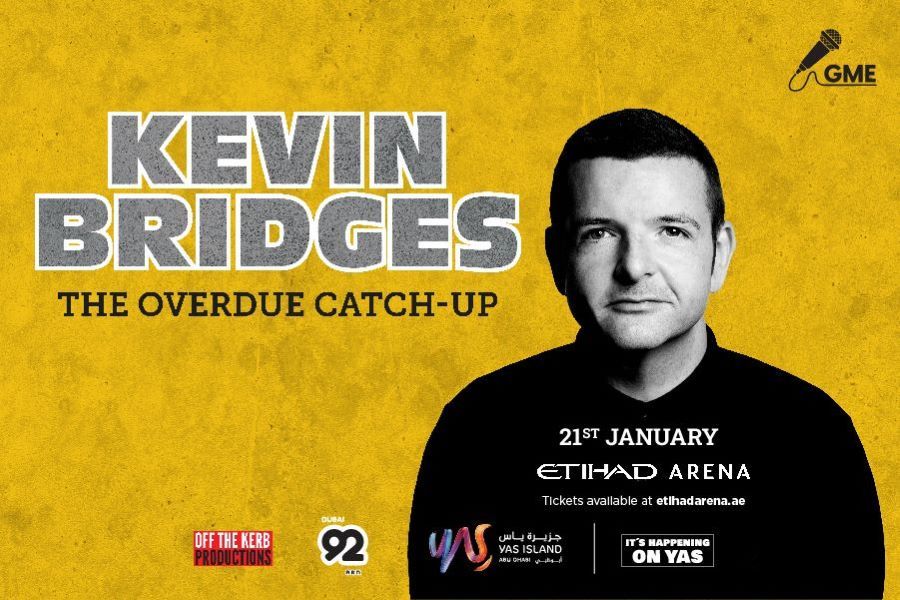 Kevin will headline the Etihad Arena for one-night only as part of the hotly-anticipated ‘Overdue Catch-Up’ World Tour for an exclusive UAE stop. The tour, beginning this month in the UK, will be the UK’s biggest Comedy Tour in 2022.

Bridges has previously broken box office records with his last two tours, ‘Brand New’ and ‘A Whole Different Story’ which won multiple awards including TicketMaster’s Global Ticket Of The Year in 2018.

Kevin’s last two tours have accumulated just under 1,000,000 tickets sold across the world including a record 35 sold-out-shows at Glasgow’s iconic Hydro, awarding him the most shows at that venue for one artist.

The show will take place over the same weekend as The Abu Dhabi Golf Championship, the first Rolex Series event of the 2023 DP World Tour season, which continues to attract Major Champions on the DP World Tour who compete to win the USD 8m prize money.