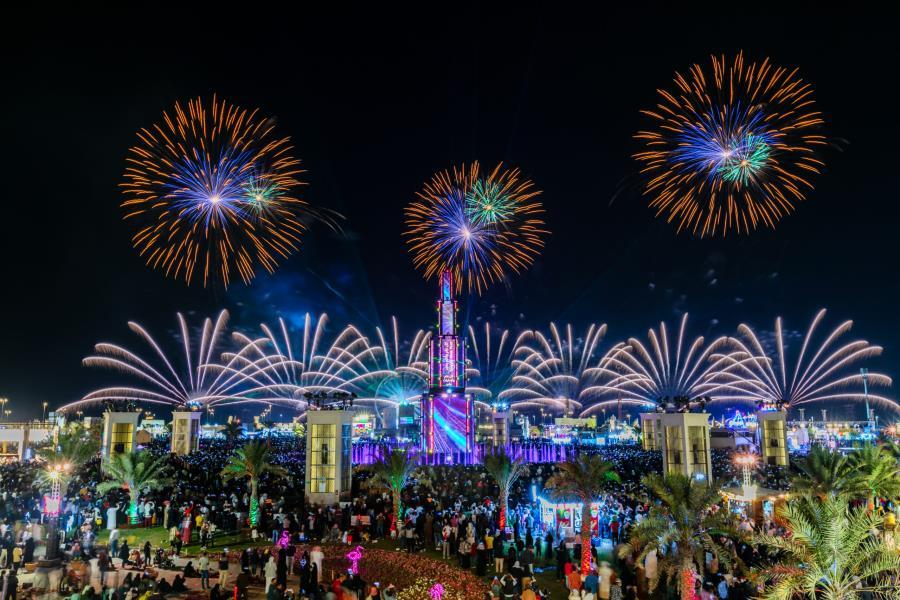 The Sheikh Zayed Festival is a cultural entertainment Festival to celebrate the authentic noble values of Emirati society and pass on their pride and honor to future generations and the whole world.

The Festival is respectfully named after the late Sheikh Zayed bin Sultan Al Nahyan, may he rest in peace, the founding father and driving force of the UAE, as recognition of his pivotal role in preserving the national heritage of the United Arab Emirates.

The event will host events and festivities to celebrate UAE National Day, the Year of 50, and honor the role duly adopted by the founding fathers of the Federation and their vision for the future.

A light park glowing with breathtaking colors and various lighting effects gives you the chance to take as many photographs as you need to commemorate your joyful moments. Here, you are always Instagram ready!

The sky of Al Wathba will be set alight throughout the Festival evenings. Enjoy the weekly fireworks extravaganza set to beautiful music, with dancing fountain shows and record breaking lasers.

The Festival celebrates UAE National Day with a variety of shows and events, including concerts, major fire-work shows and traditional Emirati art shows that take place at all of the Festival pavilions.

*Entry Ticket Price: AED 5. Free entry for Children under the age of 3 and Elders above the age of 65. People of determination get free access as well.

*National Day Celebrations until 01:00 AM