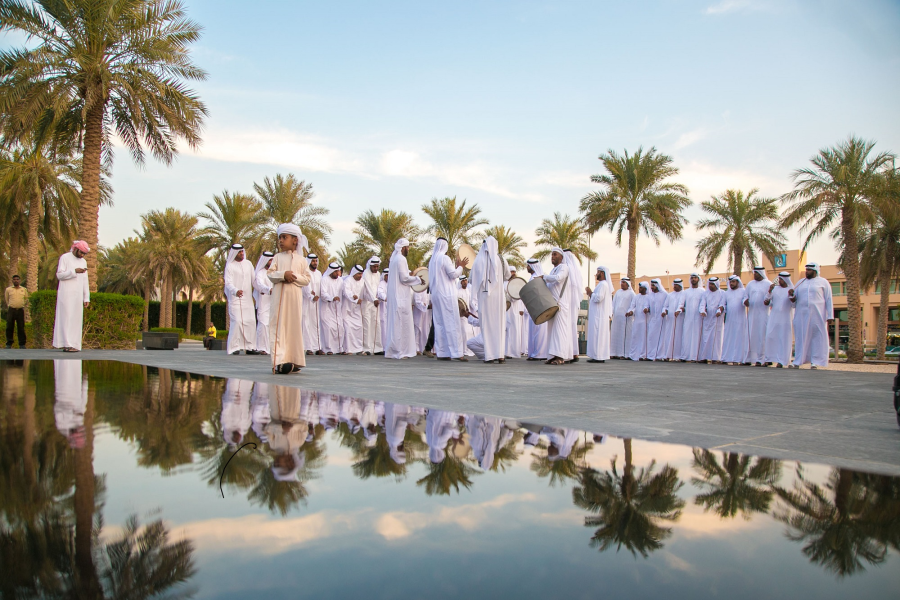 Qasr Al Muwaiji invites you and your family to join the Eid Al Adha celebrations this holiday season.

The festivities will showcase Emirati culture and include Al Ayyala and Al Harbiya shows, demonstrations of traditional handicrafts such as Henna art and Talli braiding, as well as a display of traditional jewellery.

Qasr al Muwaiji is an impressive structure that has watched over the oasis for around 100 years. It was built in the early years of the 20th century in the time of Sheikh Zayed bin Khalifa the First by his son Sheikh Khalifa bin Zayed bin Khalifa.

After Sheikh Khalifa’s death, the fort passed to his son Sheikh Mohammed bin Khalifa. Throughout this time, it was a simple but striking building: a square enclosure with projecting corner towers and a grand entrance gate. It was used as a diwan (a council or seat of governance) and as a place for the community to congregate.